In Sochi, children enroll in groups that learn to swim in the sea 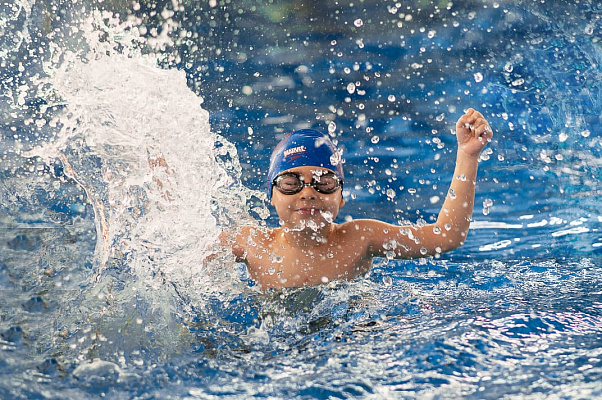 Instructors on the city beaches in the Adler, Central and Khostinsky districts of the city will teach swimming to the new residents of Sochi free of charge.

Recruitment in swimming groups is carried out by the City Center for Sports and Mass Work. Children from 7 to 12 years old are accepted. Lesson will be held in the morning from 08:00 to 10:00.

To enroll in groups, you must write an application and provide a copy of your child’s birth certificate and a medical certificate confirming that there are no contraindications to swimming. The documents are accepted at the address: Sochi, prospect Kurortny, 53.

– One of the priority tasks that the head of Sochi Aleksey Kopaygorodsky sets for the industry is to create comfortable conditions in the city for sports and physical education for residents of all ages. Swimming is a vital skill, an interesting and healthy sport. Swimming contributes to the all-round physical development, strengthening and healing of children, increases the body’s resistance to cold. This sport is one of the most famous and sought after in the resort, – said Anatoly Miroshnikov, director of the Department of Physical Culture and Sports of the Sochi Administration.

In the city of Sochi there is a sports school for children and young people no.2, in the operational management of which there are two stationary swimming pools 25 meters long, one of them is currently under reconstruction. The swimming department has 964 students aged 5 to 18 years. There are 18 teacher trainers on the school staff. Students of the Youth Sports School Nr. 2 have consistently become winners and winners of awards of regional competitions, championships and championships of the Krasnodar Territory, the Student Spartakiad and championships and the Southern Federal District Championship. 10 students of the Youth Sports School no.2 are part of the team of the Krasnodar Territory.

The Sochi administration has identified the main areas for the creation of sports infrastructure in the city of Sochi by 2030. In the framework of the implementation of this strategy it is planned to build 18 sports facilities in 4 inner neighborhoods of the city of Sochi, of which 6 facilities are planned to be built by 2025. Three of them are universal sports complexes with pools 25 meters for 6-8 lanes with all the necessary sports infrastructure. The projects will be implemented in the framework of co-financing according to the state programs of the Krasnodar Territory. The remaining 12 facilities are scheduled to be completed by 2030.

Also, to develop a network of accessible sports facilities in the Central District of Sochi, the city administration is working to transfer a departmental sports complex with a swimming pool and sports hall to the Physical Education and Sports industry. Upon completion of this procedure, students of sports schools in the city of Sochi will have conditions for swimming, water polo and synchronized swimming in the micro-district Plastunka.

In the city of Sochi, 4 regional swimming tournaments are held every year for children aged 8-12, each of which brings together 250-300 of the strongest swimmers in the Krasnodar Territory, as well as the Sochi City Championship and Championship. for elderly athletes.

Go to the discussion