Seven-time Olympic champion in synchronized swimming Svetlana Romashina explained why it is too early to introduce mixed duets in the Olympic program.

Yes, some people do not like men in synchronized swimming, but sometimes people go specifically to YouTube or other sources of information just to see what men look like in the sport. People learn about it, pass on information to others – that is, there are still some conversations going on. We have a wonderful synchronized swimmer Alexander Maltsev, he is already a multiple world champion.

I can not say that now we need to introduce synchronized men’s swimming and, especially, mixed swimming in the Olympic program – I will explain why. There are far fewer mixed duets performing globally than classical duets. Therefore, a slightly different level of competition. In many countries, men’s synchronized swimming is still perceived, as they say, for fun – not seriously. People just go swimming for fun and hope they can get to international competitions and show themselves there. There are some countries that are really working, working hard in this direction – Russia, Italy, Japan, America. There are no questions here, they really compete with each other and adequately represent our sport. “But so far, it seems to me that they have not gained such momentum to compete in the Olympic discipline”, Gazeta quotes. Romashina said. 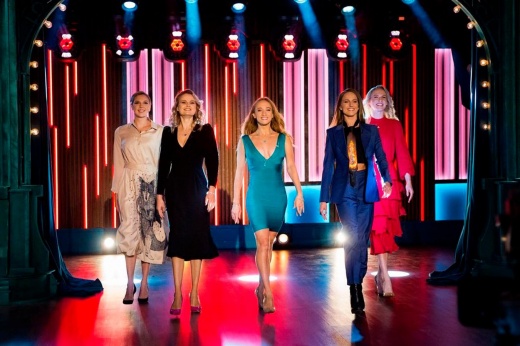 “Once you see our coach, run.” Synchronized Russian swimmers laughed at Urgant