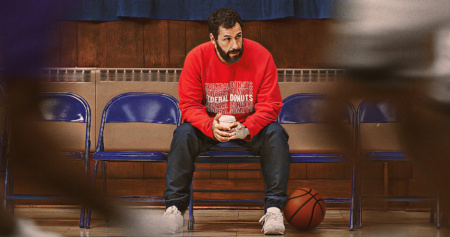 On June 8, Netflix released a sports drama starring Adam Sandler. The new movie about basketball is full of love for this sport, which means fans of the game will definitely love it. But in addition to them, the image is worth seeing for the average viewer, moviegoers and fans of sports movies. You will find the reason in the review below.

Stanley Suggerman (Adam Sandler) is an experienced basketball scout. He travels the world looking for talented players for the Philadelphia 76ers. The hero lives for basketball, but his dream is not to seek, but to train. This opportunity was given by the owner of the club, Rex Merrick (Robert Duval). But soon the old man died, and the group was led by his son Vincent Merrick (Ben Foster). Because Ben and Stanley have a serious relationship, the new boss wants the hero to find a great player and only then will he return to his coaching position. Stanley found Nugget Bo Cruz (Juan Hernangomez) from Spain and brought him to the United States. But Vines refused to take the man to the Philadelphia 76ers. Stanley then left the club to pursue a career in the NBA.

Breaking the NBA is a well-known sporting drama in which everything is fine – from the preparation, acting and atmosphere of every show. In the meantime, director Jeremiah Sagar and writers Taylor Matter and Will Fetters have virtually avoided genre writing. But this does not spoil the image, and here’s why.

The new film tells the story of two heroes at the same time. No one believes in heroes, so we have a fascinating story of two people who are working hard to achieve their dreams. Each of them made mistakes in the past but overcame obstacles and fought to the end. 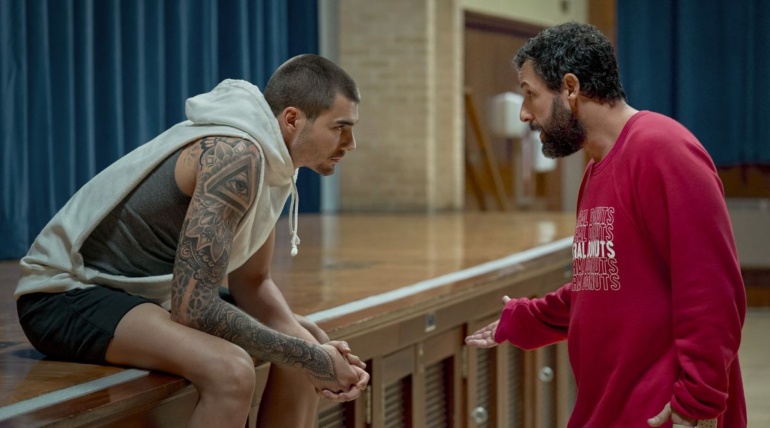 “Success in the NBA” does not make basketball a sport and the NBA league itself. This is a vicious business, and any further activity or word can ruin the work of a talented player who has not yet started. These are basketball players who harass newcomers to destroy their competitors. They are proud club owners and beginner coaches. They put up tags on players who stick to it for the rest of their lives.

At the same time, the image shows the other side of the basketball. These are the millions of fans and the same number of kids and teens who love this sport and dream of entering the NBA. This is a totally large family, everyone knows and is ready to help in any difficult situation.

Breaking through the NBA is a true basketball game and is immersed in it from start to finish. Most of the roles in the film were played by current or former basketball stars and other media personalities, not by professional actors. Players Shakil O’Neill, Trey Young, Jordan Clarkson, Chris Middleton, Aaron Gordon, Kyle Lawrie, Seth Curry, Luca Donchich, Tobias Harris, Tyrus Maxi, Mattis Tibul, Julius Irving, Charles Barkley, Allan Everson, Alc. Brad Stevens, coaches Doc Rivers and Sergio Scariolo, as well as many other celebrities in basketball. 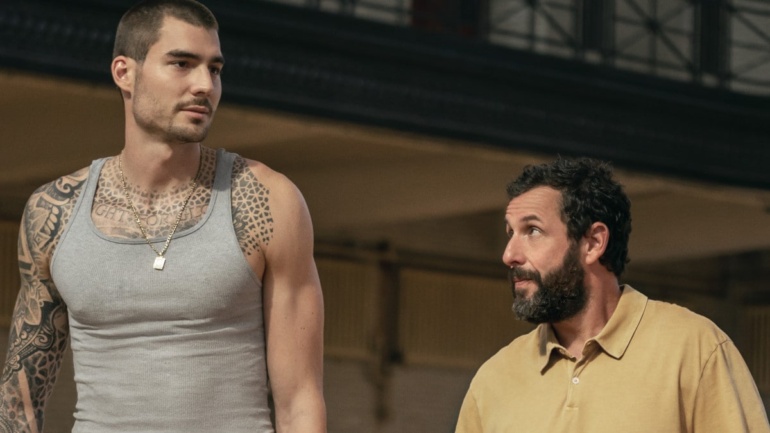 The success of the painting is evidenced by the amazing chemistry between the main characters. Stanley and Bo Cruz are like a father and son, like a classic counselor and student. Basketball player tries to help a young player to have fun and give himself a chance. They are mutually supportive and truly friendly.

Sander’s character loves to talk and does it boldly. This type of behavior is closely related to the heroine of Herna Gomez Doctor Bo and makes this pair more compatible on the screen. Sandler has once again shown that he is incredibly natural in his roles and that his success in them is no less than that of comedians. And the unprofessional actress Hernagomez appeared on the screen as a beautiful hero and realistic character, which is interesting to see. Behind the natural beauty, it effectively hides the lack of action. 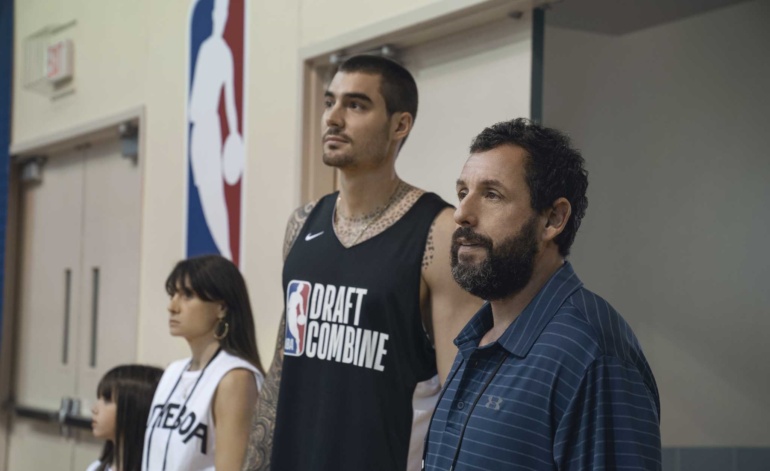 It is not necessary to be an athlete and love basketball to be taken in the film and not go to the end. And this is about two hours of running time. One of the weaknesses of Boe Cruz is the unfamiliar biography and family relationships. Along with this, Stanley Suggerman is given special attention in his relationship with his son and his wife (Queen Latifa).

Benefits:
Time-tested and well-written history of sporting success and achievement, incredible chemistry on the screen, the brutal industry of unforgiving basketball mistakes, the number of real sports, the number of authenticity in top and secondary athletes, great music, pure and Operator’s clear work, highlighting details, simple but addictive work of the director

Minutes minutes-
The weak story of Bo Cruz’s character, the story of Stanley Suggerman, has received much attention

Summary:
“Success in NBA” is a picture of a love of basketball. Fans will be amazed at the number of real players and coaches involved in the film, as well as the dynamic training and match scenes. Movie lovers love this quirky, yet cleverly crafted and tasteful sports story about the way you dream. The tape highlight was a very natural and exciting scene with two main characters.