The commentator said that former players of the top Ukrainian division clubs in Donetsk had been taken to fight Ukraine. According to Russian commentator Alexei Andronov, two former Donetsk players have been forcibly recruited into the army. “DNR”

Read more: Rashids pay for everything. The UF will charge the residents for the bombed stadiums

You may have read somewhere about the so-called DPR / LPR.

I can tell you something. You may not have heard of such people – Alexander Voscoboinnik (played for Shakhtar) and Vadim Solodky (Metallerg Donetsk).

They both took to the streets of Donetsk to fight. Voscoboinik was severely wounded in the leg, and Solodski was killed. Voscoboinik was taken to Novoazovsk, where he did not even have ammonia in the hospital, and then to Moscow. I know him personally, ”Andronov wrote in a telegram. 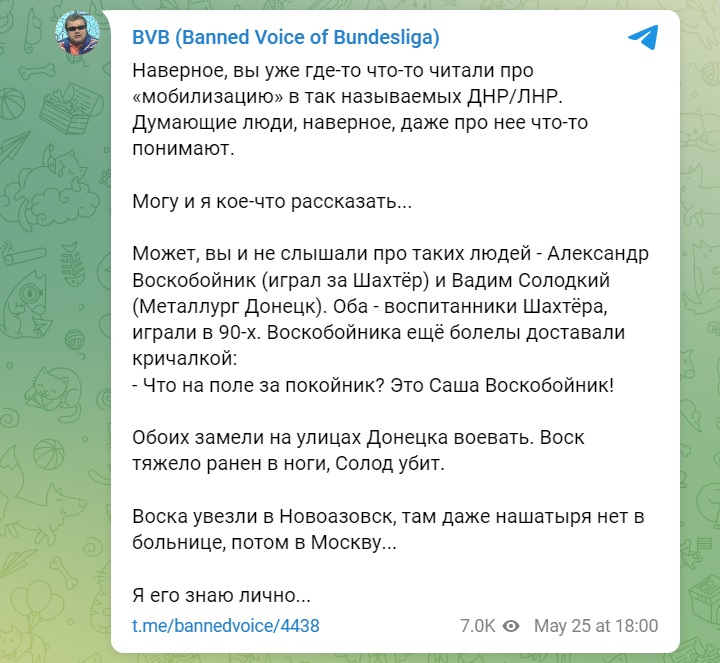 Vadim Solodki He was born in 1970. He played in the Ukrainian Championships for Vollen (Lutsk), Metaller (Donetsk), Transcarpathia (Uzgorod), and the Olympics (Donetsk).