The awards ceremony will take place in June, after the end of the final series. 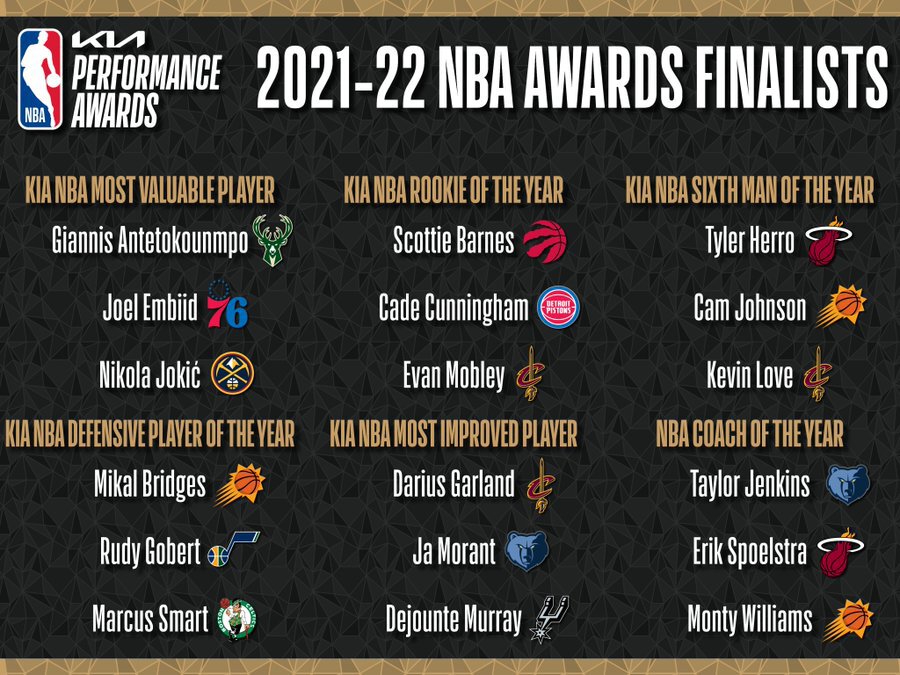 Jockey is MVP, Barnes is Rocky of the Year, and Jenkins is Coach of the Year. Giving NBA regular season awards